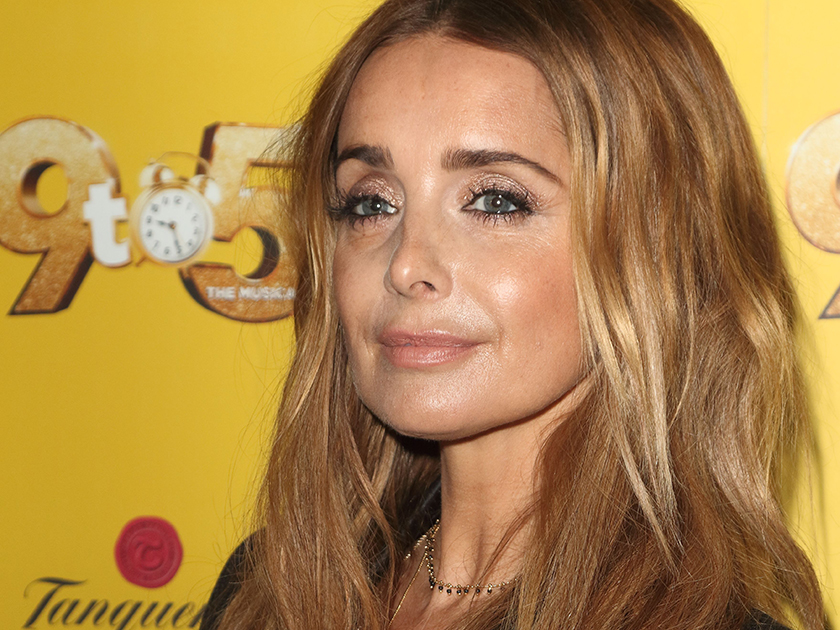 The mum-of-two delighted fans after revealing she is set to return to 9 to 5: The Musical later this month.

The 44-year-old was forced to temporarily pull out of her leading role back in January after she suffered a ‘nasty fall’.

Poor Louise fractured her wrist and had to have ten stitches in her chin after taking a tumble in the street on her way to a rehearsal.

But after a couple of months of recovery, Louise is heading back to the stage to join her co-stars Amber Davies and Natalie McQueen.

Announcing her return to Dolly Parton’s West End musical, Louise shared on Instagram: ‘So it’s now official. I am going to be rejoining the west end cast of @9to5themusicaluk on Monday 25th March until 29th June. Hope to see you there!’

Fans were thrilled with her return, with many declaring they will now buy tickets so they can see her in action.

One said: ‘Great news, going in April! X,’ while another added: ‘Can’t wait, loved it first time so I’ll definitely love it the second 😍😘.’

And a third said: ‘Phew! Got tickets for my birthday on April 6th. Was keeping everything crossed for this news. Very excited! 😊.’

Louise will play the role of Violet Newstead, which was played by Lily Tomlin in the 1980 film.

Following her horrific fall, Louise revealed she was instructed by her doctor to pull out of the show.

Taking to Instagram at the time, the former Strictly star shared a snap of her bloodied chin and wrote: ‘It breaks my heart to say I am having to take some time out and won’t be able to continue with my role in 9-5.

‘Following my doctors orders – they have said I will be ok but as they say in the theatre ’the show must go on’ and I wish the rest of the fabulous cast an amazing opening night and I will be back on that stage for 9-5 before you know it.’