Louise has shared a backstage glimpse of her music video

Louise Redknapp recently delighted her fans when she released her brand new single Stretch after 18 years away from music.

And the 44-year-old has now given fans a glimpse behind-the-scenes of the sexy music video which goes with the track.

Taking to Instagram, Louise showed off her incredible figure as she donned a black bodysuit and oversized denim jacket while walking around her trailer. 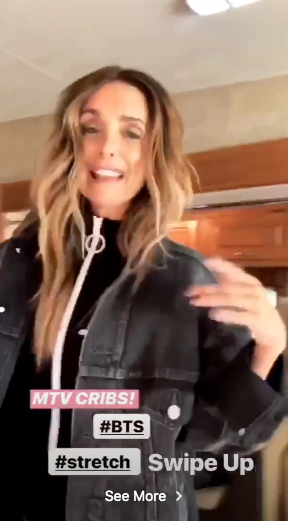 Speaking to her 616k fans, Louise says: ‘Hi, welcome to my crib everybody!’

Walking up the stairs – while also giving the camera a cheeky flash of her bum – the former Eternal singer then shows off the inside of her vehicle, adding: ‘This is my lounge, kitchen, friends…’ 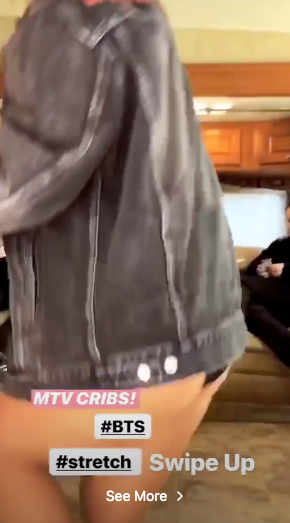 The Strictly Come Dancing favourite then went on to post a screenshot from the sexy video where she can be seen bending backwards while sat on the floor.

This comes after Louise – who split from husband Jamie Redknapp in 2017 – wowed fans with her transformation in the video for Stretch.

In the sexy three minute clip, Louise can be seen jumping around in a skimpy black leotard.

Leaving behind her ‘housewife’ persona, the mum-of-three even cosied up to a mystery man for the new song – showing ex Jamie exactly what he’s missing.

Speaking about the incredible video, Louise previously revealed she was keen to ‘empower’ women.

‘I wanted to do something that was really empowering,’ she told The Sun.

‘I really believe that as a 44-year-old woman with two children I should be allowed to dance around and have fun and not be scared to be a bit sexy.’

Louise also recently returned to her role in musical 9 to 5 after suffering a nasty injury which meant she had to temporarily be replaced by an understudy.

Opening up about her exciting new career, the star explained to You magazine: ‘Well, yes, you feel a bit of a failure. For 21 years, I was in a secure marriage. You know, through good times and bad times.

She added: ‘I did go out more than I’d ever gone out. I’d found a bit of a spark. I was enjoying myself. I guess I’d always been such a perfectly well-behaved pop star, and then I got married, had children and kept myself away from playing the game.’

Taken from our sister site, Woman.