We’re so happy to hear this…

Louise Redknapp has revealed that she still holds a special place in her heart for ex-husband Jamie, despite them going through a ‘really tough’ divorce. 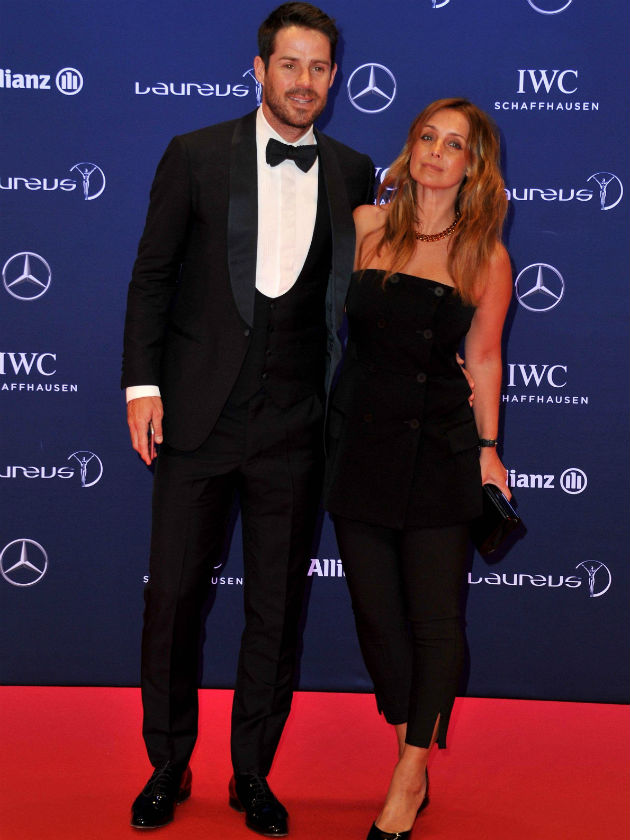 The singer, who split with Jamie in 2017, admitted that she still thinks of the father of her two children as her ‘best friend’.

During an appearance on Heart FM’s breakfast show this morning, the 44-year-old star spoke to hosts Jamie Theakston and Lucy Horobin about their split.

She confessed of their break-up: ‘Yeah, it’s been really tough, but I mean, you know, he’s my best friend.

‘It’s been really tough but things happen and yeah, I saw him yesterday and it was all good. We had school meetings and stuff, like you do, so all good.’

And with Valentine’s Day fast approaching, Louise confessed that she ‘hates’ the holiday now that she is a single lady.

‘Oh god! Do you know what, no! I hate Valentine’s Day now!’ she said when asked if she had any big plans.

Meanwhile, her claims that all is well between her and Jamie following their divorce appear to be true, after she delighted fans by sharing a snap of the former footballer last month.

The former Strictly star re-posted a sweet image from Jamie’s Instagram Stories, showing Jamie and their 14-year-old son Charlie at a basketball game in London.

Sharing the snap to her own Insta Stories, Louise gushed: ‘My big boy out with his Dad last night looking so handsome.’

This was the first time Louise had mentioned her ex-husband on social media since filing for divorce in 2017 after 19 years of marriage.

The singer admitted at the time that she ‘lost herself’ in her marriage, only finding the confidence to relaunch her career following her stint on Strictly Come Dancing in 2016.

‘I lost myself. It happens to a lot of women when they get married and have children,’ she previously confessed.

‘Looking after my family was my reality. I became a sort of Stepford Wife, wanting to be perfect at it.’