Louise has had ten stitches

Louise Redknapp has revealed she’s had to have ten stitches in her chin after a nasty fall today. 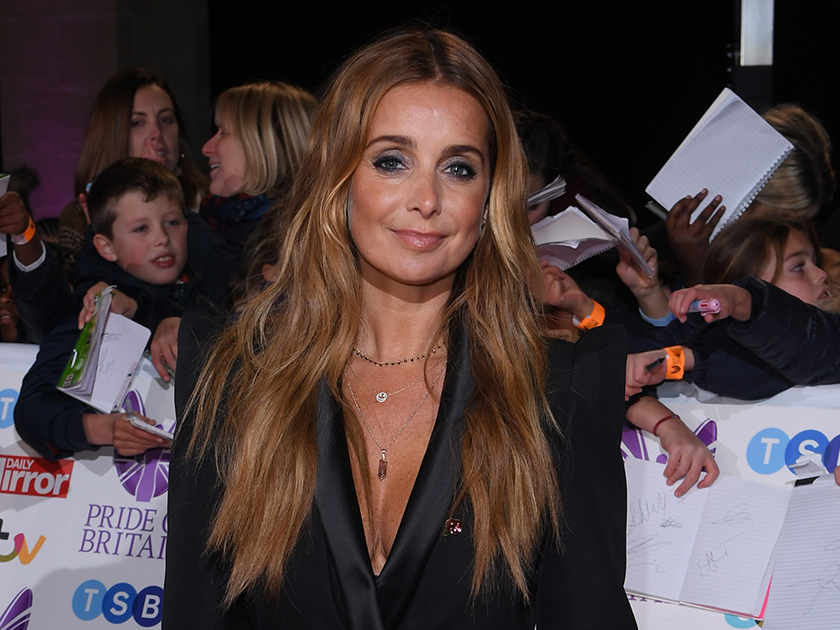 The former Strictly Come Dancing finalist was rushed to hospital following the accident which left her with deep cuts and a broken wrist.

Unfortunately, this means 44-year-old Louise has also been forced to pull out of the new Dolly Parton musical 9 to 5 she’s currently rehearsing for.

Taking to Instagram to share a photo of her painful-looking injuries from a hospital bed, the mum-of-two admitted she’s ‘heartbroken’ to be missing out on the opening West End performances.

‘It breaks my heart to say I am having to take some time out and won’t be able to continue with my role in 9-5,’ she said.

‘Due to a nasty fall I have only gone and fractured my wrist and got 10 (yes 10) stitches in my chin.’ 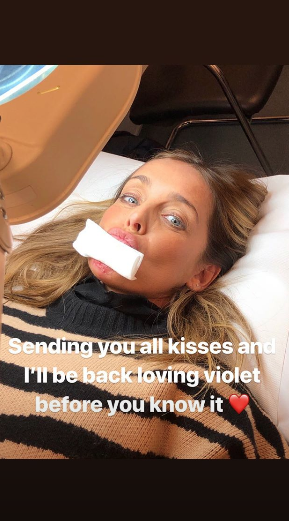 The star continued: ’Following my doctors orders – they have said I will be ok but as they say in the theatre “the show must go on” and I wish the rest of the fabulous cast an amazing opening night and I will be back on that stage for 9-5 before you know it.’

Former Love Island winner Amber Davies – who is also a star of the production – took to her own social media with some words of support.

‘I leave her for 2 minutes. One of my favourite humans. I wish you a speedy recovery and can’t wait to watch you be a leading lady. See you Tuesday,’ she said. 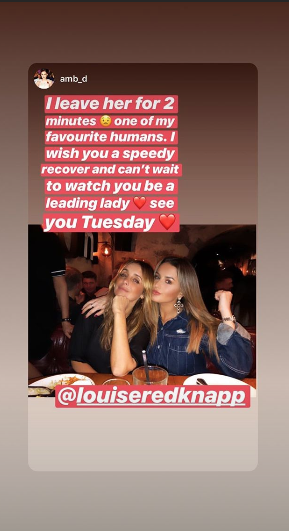 While producers haven’t replaced Louise’s role in the show just yet, they have released a statement confirming that she should be back by the end of March.

‘Due to an injury this week, Louise Redknapp has had to temporarily withdraw from performing the role of Violet in 9 to 5 The Musical,’ the statement reads.

‘The recovery time recommended means Louise is no longer able to properly rehearse the show in the remaining time left before opening. Together we have made the difficult decision to delay Louise’s start date in the show.

‘We hope that Louise will start performances sometime towards the end of March/early April 2019. Everyone at 9 to 5 wishes Louise a speedy recovery and we look forward to welcoming her back.’